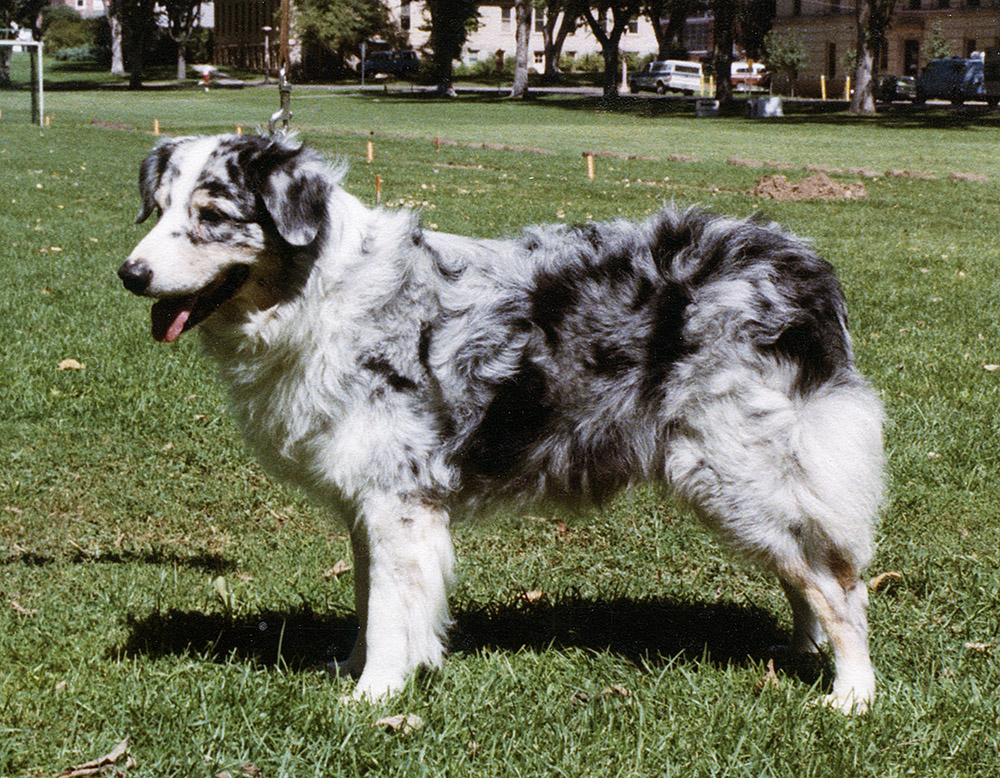 Dr. Weldon Heard developed the Flintridge line in the 1960s and 1970s when standardization of breed type was in its infancy. Through very tight linebreeding, he consistently produced Aussies with beauty, quality and high intelligence. He also focused on developing a bloodline with easy-to-live-with temperaments.

“The dog that initially spread the influence of the Flintridge line was a blue merle male named Wildhagen’s Dutchman of Flintridge, also known as Dusty. Dusty, followed by his brother Sage (Fieldmaster of Flintridge), arrived in California in 1970 and began several years of outstanding show success and ultimately, the popularity of this line blossomed.” From The Early Aussie Breeders by Phil Wildhagen. exhibited, and people had limited knowledge of his breeding program. There was little consistency in Australian Shepherd breed type because breeders had selected primarily for working ability.
​
Dr. Heard, who was skillful in breeding horses, cattle, sheep and dogs, had a broad perspective. He wrote, “Some who are more knowledgeable than I feel that beauty is unimportant, but I feel most people will spend more time looking at their dogs than working with them.”

Dr. Heard, who lived in Colorado, was developing a line of Aussies with consistent, beautiful breed type. Phil Wildhagen, who lived in California, began looking for an attractive, typey Aussie. Phil’s journey to meeting Dr. Heard, introducing Flintridge dogs to the Aussie world, and creating a major impact on the breed took a bit of luck and a lot of perseverance.

This significant chapter of Aussie history began in a rather ordinary way. In 1968, Phil went to the dog pound and adopted a mixed-breed dog. A friend mentioned that the dog looked like it was part Aussie. Phil had no idea what an “Aussie” was, so he researched the breed as best he could. Then he purchased a purebred red tri bitch named “Bonnie,” but he recognized she had poor breed type.

Phil’s interest and enthusiasm for the breed was kindled. He set out on a long road trip to locate Australian Shepherd breeders and to gather knowledge about this fascinating breed. His trip took him to British Columbia, Canada, and all over the western part of the United States.
While traveling through Colorado, Phil experienced a moment when effort and perfect timing created very good luck. A friend told him to visit Dr. Heard because he thought Phil might like the Flintridge dogs. Phil met Dr. Heard and was amazed at his dogs. They were by far the best Aussies he had ever seen.

Phil was introduced to the Flintridge dogs in a memorable way. Dr. Heard let the dogs out one at a time, and each hopped up and balanced on a post. Phil was deeply impressed by the quality and consistency of the breed type in those dogs because it was in stark contrast to other Aussies of that time.

Then, in a second stroke of good fortune, Phil was able to purchase a handsome blue merle puppy from Dr. Heard. That puppy’s name was Wildhagen’s Dutchman of Flintridge, affectionately known as “Dusty.” Phil returned home to California with high hopes for his beautiful new puppy. He began to show Dusty, and the puppy won every time he was in the ring. However, Dusty was criticized for having much more white trim than other Aussies. Phil was new to the breed and sensitive to those remarks. He wanted to understand the concerns about white trim before fully committing to Dusty, so he sent the puppy back to Dr. Heard.

Phil researched the genetics of white trim and learned that in Aussies it was called the “Irish pattern,” which is a recessive trait. He also learned that the dominant merle pattern is the gene that restricts the base body color, and doubling up on it can cause excessive white markings and serious defects. When Phil understood those genetics, he was satisfied that Dusty’s white trim was a normal color pattern, and not a cause for concern. Phil paid another visit to see Dr. Heard and Dusty. The youngster, then seven months old, was gorgeous. Phil took him home again to California and the rest is history.

Handled by Phil, Dusty had a highly successful show career. He won Best of Breed almost every time shown, and at a year of age, he was awarded Best of Breed at the 1970 IASA National Specialty. His success and handsome appearance caught the attention of other Aussie fanciers, and the popularity of the Flintridge breed type blossomed.

Dr. Heard’s bloodlines were suddenly in demand. Phil brought Dusty’s brother, Fieldmaster of Flintridge “Sage,” to California, who also had a very successful career as a show dog and sire. Together, Dusty and Sage had a profound influence on breed type of the modern Australian Shepherd.

Dusty’s influence as a sire was just as impressive as his show career. His offspring were top show winners and tremendous producers, and they became foundation dogs for many well-known kennels in the 1970s. Through his outstanding progeny, Dusty’s influence continues to the present day. 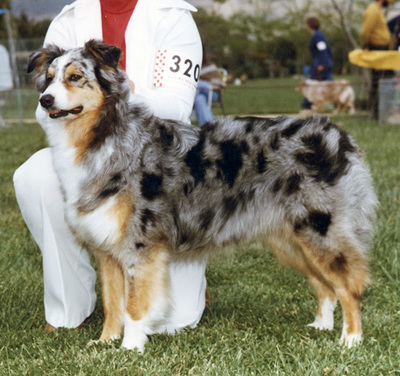 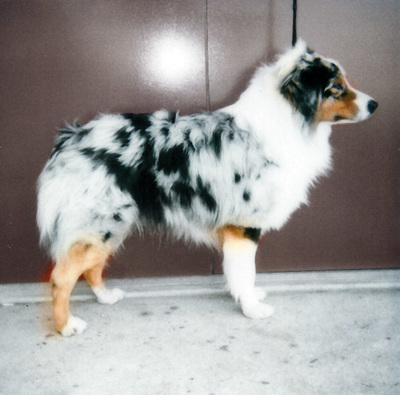 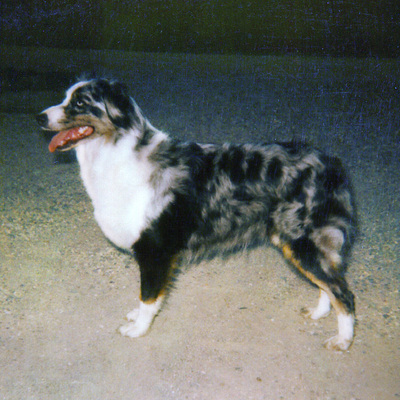 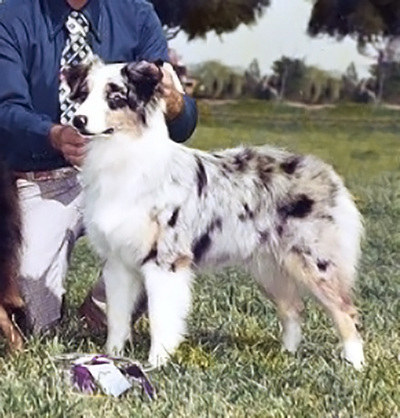 Photos of five of Dusty's descendants. Mouse over or click on each picture to see their names and dates of birth.

READ MUCH MORE about Dusty in Unforgettable Aussies!

This story an excerpt from Chapter 1 in Unforgettable Aussies: Australian Shepherd Dogs Who Left Pawprints on Our Hearts by Paula McDermid.
Quick link to Yukon's FREE chapter
CLICK HERE TO BUY AT AMAZON USA
​BACK TO TOP
Site updated 01 January 2023
ALL CONTENT AND PHOTOS IN THIS BLOG ARE PROTECTED BY OFFICIAL COPYRIGHT FROM THE UNITED STATES COPYRIGHT OFFICE.
​Copyright 2023 © All Rights Reserved. Paula McDermid / Bainbridge Press. www.paula-mcdermid.com. Unauthorized use and/or duplication of material on this website is strictly prohibited without express and written permission from this site’s author/owner. Excerpts may be used, provided that full and clear credit is given to Paula McDermid and www.paula-mcdermid.com with a link to the original content.  PRIVACY POLICY