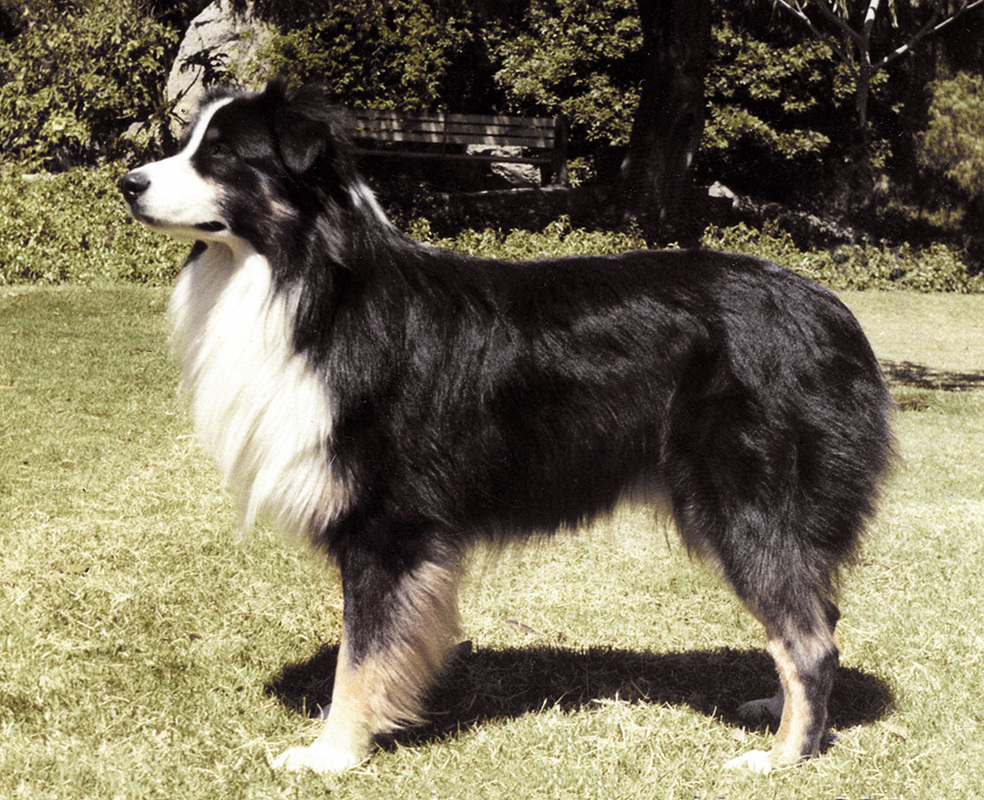 Sunny was a handsome dog who moved breed type forward toward a more elegant style. He was a powerhouse sire and the most influential dog from the Dusty x Thistle cross. Of Sunny’s many quality offspring, seven became Hall of Fame producers. That was a tremendous record for Aussies in the 1970s.

SUNNY X HEATHER
One especially successful cross was Sunny x Fisher’s Blue Heather of Windermere. That combination resulted in seven notable offspring, including five Hall of Fame producers and a National Specialty Best of Breed titleholder. Those offspring were:
SUNNY X SWEET SEASONS
SUNNY X HOPSCOTCH OF ADELAIDE
Sunny was the sire of numerous other champions and untitled dogs who carried on his quality into their own offspring.
​
CH Sunshine of Bonnie-Blu contributed his genetic strength to many generations of beautiful Aussies, and his influence continues to the present day. Through his offspring, modern breed type was developed and refined. Along with beauty, he passed on his excellent structure, intelligence and wonderful temperament. 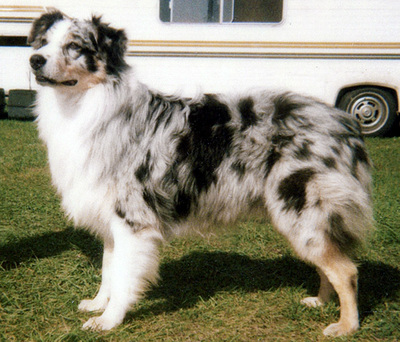 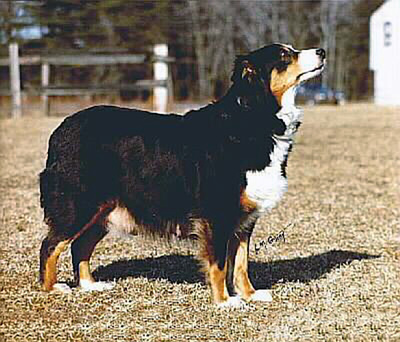 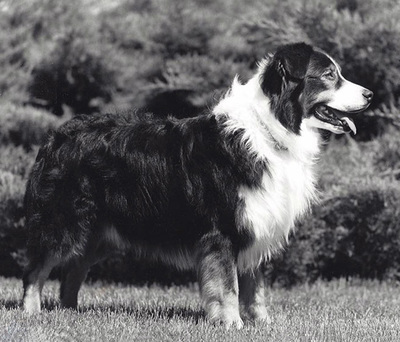 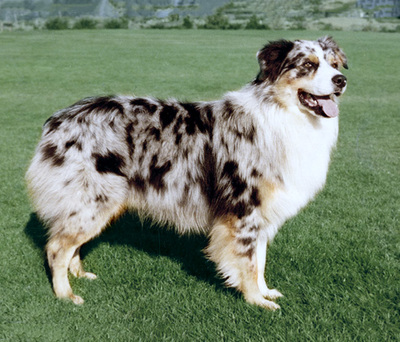 Photos of five of Sunny's descendants. Mouse over or click on each picture to see their names and dates of birth.

READ MUCH MORE about Sunny in Unforgettable Aussies!

This story an excerpt from Chapter 3 in Unforgettable Aussies: Australian Shepherd Dogs Who Left Pawprints on Our Hearts by Paula McDermid. To order click on the button below.
Quick link to Dusty's FREE chapter
Quick link to Yukon's FREE chapter
Quick Link to Unforgettable Aussies at Amazon
​BACK TO TOP
Site updated 11 November 2022
ALL CONTENT AND PHOTOS IN THIS BLOG ARE PROTECTED BY OFFICIAL COPYRIGHT FROM THE UNITED STATES COPYRIGHT OFFICE.
​Copyright 2022 © All Rights Reserved. Paula McDermid / Bainbridge Press. www.paula-mcdermid.com. Unauthorized use and/or duplication of material on this website is strictly prohibited without express and written permission from this site’s author/owner. Excerpts may be used, provided that full and clear credit is given to Paula McDermid and www.paula-mcdermid.com with a link to the original content.  PRIVACY POLICY