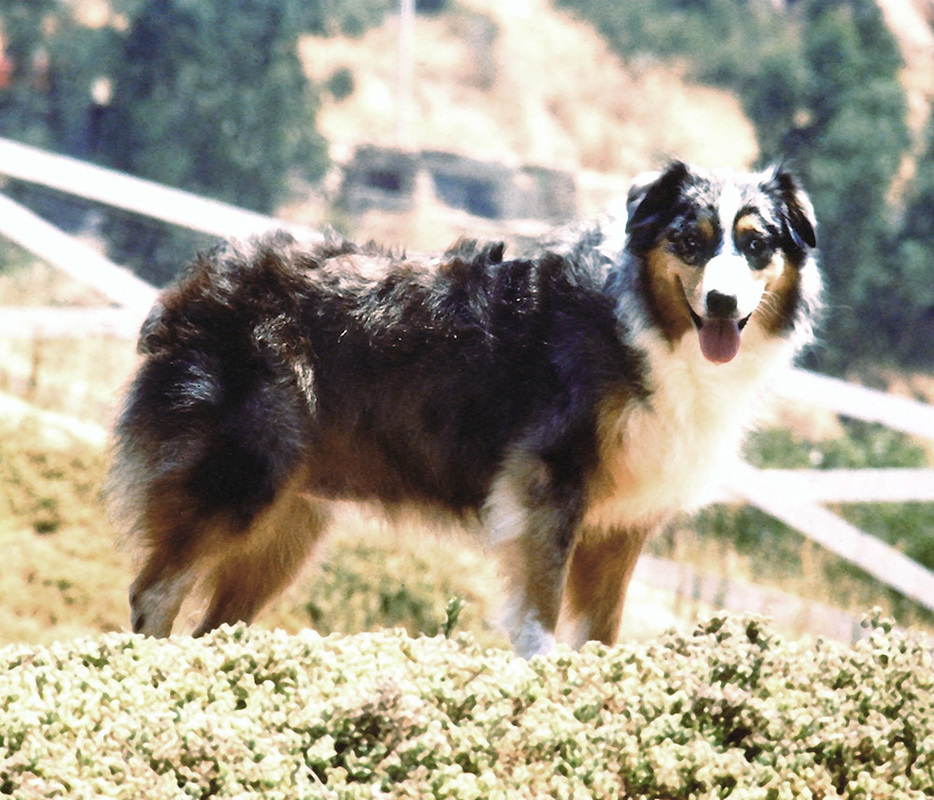 Thistle was a lovely bitch with ground-breaking breed type. She had a beautiful profile, solid topline, balanced angulation and moderate bone. Her head and expression set a new standard of perfection. In addition to her excellent structure, Thistle had a wonderful temperament.

There’s an old saying, “A well-constructed dog is like a cleverly-made hunter—short of back and standing over a lot of ground.” Thistle certainly fit that description.

Thistle and her kennelmate, CH Wildhagen’s Dutchman of Flintridge CDX HOF “Dusty,” were two of the most influential dogs in present-day show bloodlines. They had three litters together,producing offspring that redefined Australian Shepherd breed type. Thistle’s genetic contribution was shared with Dusty, and their illustrious offspring are listed on page four of Unforgettable Aussies (available at the link below).

Thistle was a remarkable producer. She passed her genetic strength not only to her sons, but especially to her daughters and granddaughters.

Thistle’s influential granddaughter through CH Sundown’s Maize of Bonnie-Blu was: Thistle’s profound influence on the breed continues to this day. Her name can be found in many pedigrees of today’s conformation show dogs. 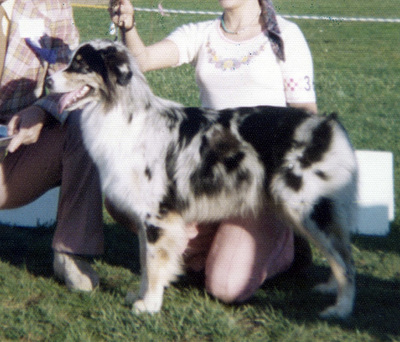 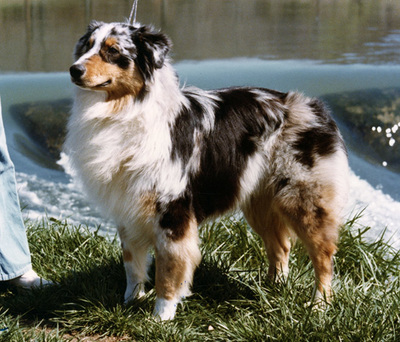 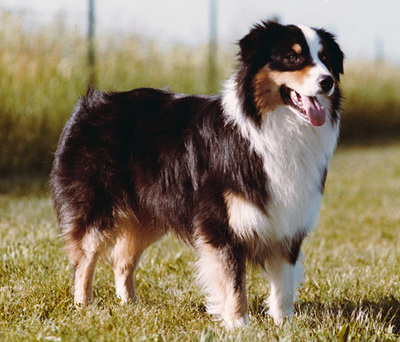 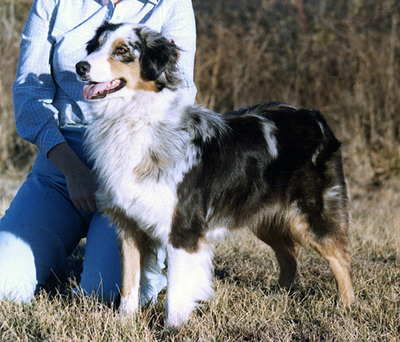 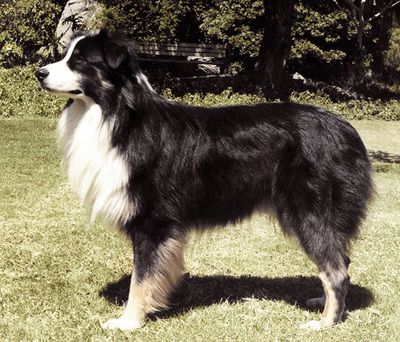 Photos of five of Thistle's descendants. Mouse over or click on each picture to see their names and dates of birth.

READ MUCH MORE about Thistle in Unforgettable Aussies!

This story an excerpt from Chapter 2 in Unforgettable Aussies: Australian Shepherd Dogs Who Left Pawprints on Our Hearts by Paula McDermid. To order click on the button below.
Quick Link to Dusty's FREE chapter
Quick link to Yukon's FREE chapter
CLICK HERE TO BUY AT AMAZON USA
​BACK TO TOP
Site updated 11 November 2022
ALL CONTENT AND PHOTOS IN THIS BLOG ARE PROTECTED BY OFFICIAL COPYRIGHT FROM THE UNITED STATES COPYRIGHT OFFICE.
​Copyright 2022 © All Rights Reserved. Paula McDermid / Bainbridge Press. www.paula-mcdermid.com. Unauthorized use and/or duplication of material on this website is strictly prohibited without express and written permission from this site’s author/owner. Excerpts may be used, provided that full and clear credit is given to Paula McDermid and www.paula-mcdermid.com with a link to the original content.  PRIVACY POLICY