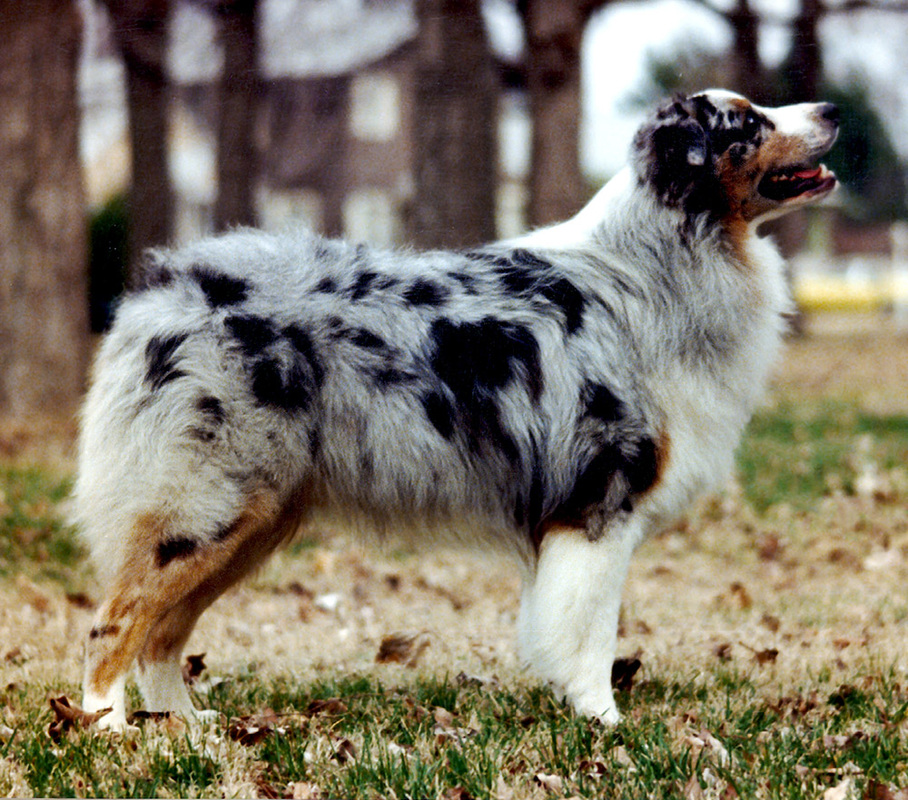 Bonzo was a handsome, medium-sized dog who was structurally superb. His profile and proportions of leg length to body length were ideal. He had excellent angulation, a solid topline and the right amount of bone for his size. Because of his outstanding structure, Bonzo had balanced sidegait and was perfect coming and going.

In addition to his exceptional conformation, Bonzo had flashy coloring, with a powder blue coat accented by bright copper cheeks and points. He also had a sweet and willing-to-please temperament, and the typical Aussie sense of humor.
Bonzo was an extraordinary sire. He was the product of a heavily linebred pedigree which enabled him to produce consistently outstanding offspring. His record included:

53 CHAMPIONS (an unmatched achievement in the 1980s)

FOUR ASCA NATIONAL SPECIALTY BEST OF BREED WINNERS
NINE HALL OF FAME SONS AND DAUGHTERS
Bonzo was the grandsire of:  Bonzo was the foundation stud of Briarbrook Aussies and he made a tremendous contribution to other kennels across the United States. In addition to the preceeding list of super achievers, many of Bonzo’s progeny went on to make their marks as sires and dams of the next generation of outstanding Aussies.
​
One of Bonzo’s superb offspring thrilled the crowd at the 1982 ASCA National Specialty. His young son, Aristocrat’s Once Ina Blue Moon, won the Open Blue Merle class, then took Winners Dog, Best of Winners, and trumped the show by taking Best of Breed! That was an exciting achievement for a class dog, and he was the first of four Bonzo sons to win top honors at ASCA National Specialties.
​ 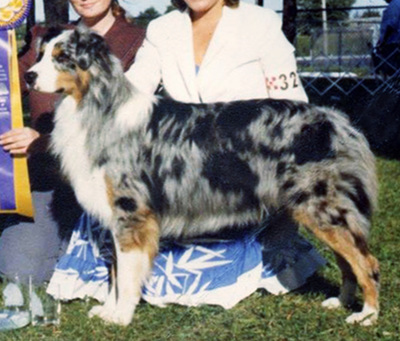 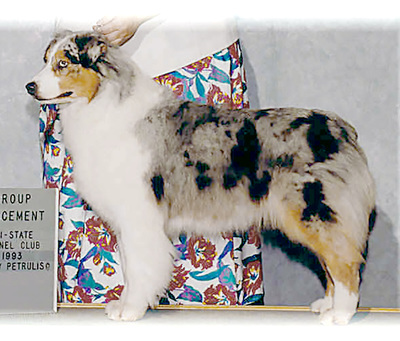 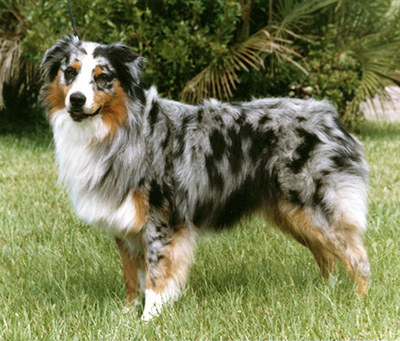 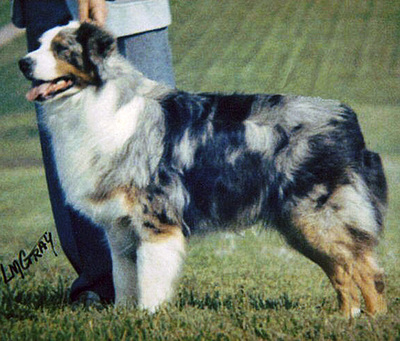 Photos of five of Bonzo's descendants. Mouse over or click on each picture to see their names and dates of birth.

READ MUCH MORE about Bonzo in Unforgettable Aussies!

This story an excerpt from Chapter 9 in Unforgettable Aussies: Australian Shepherd Dogs Who Left Pawprints on Our Hearts by Paula McDermid. To order click on the button below.
Quick link to Dusty's FREE chapter
Quick link to Yukon's FREE chapter
Quick Link to Unforgettable Aussies at Amazon
BACK TO TOP
Site updated 12 May 2022
ALL CONTENT AND PHOTOS IN THIS BLOG ARE PROTECTED BY OFFICIAL COPYRIGHT FROM THE UNITED STATES COPYRIGHT OFFICE.
​Copyright 2022 © All Rights Reserved. Paula McDermid / Bainbridge Press. www.paula-mcdermid.com. Unauthorized use and/or duplication of material on this website is strictly prohibited without express and written permission from this site’s author/owner. Excerpts may be used, provided that full and clear credit is given to Paula McDermid and www.paula-mcdermid.com with a link to the original content.